YOUR GUIDE
19
Get inspired 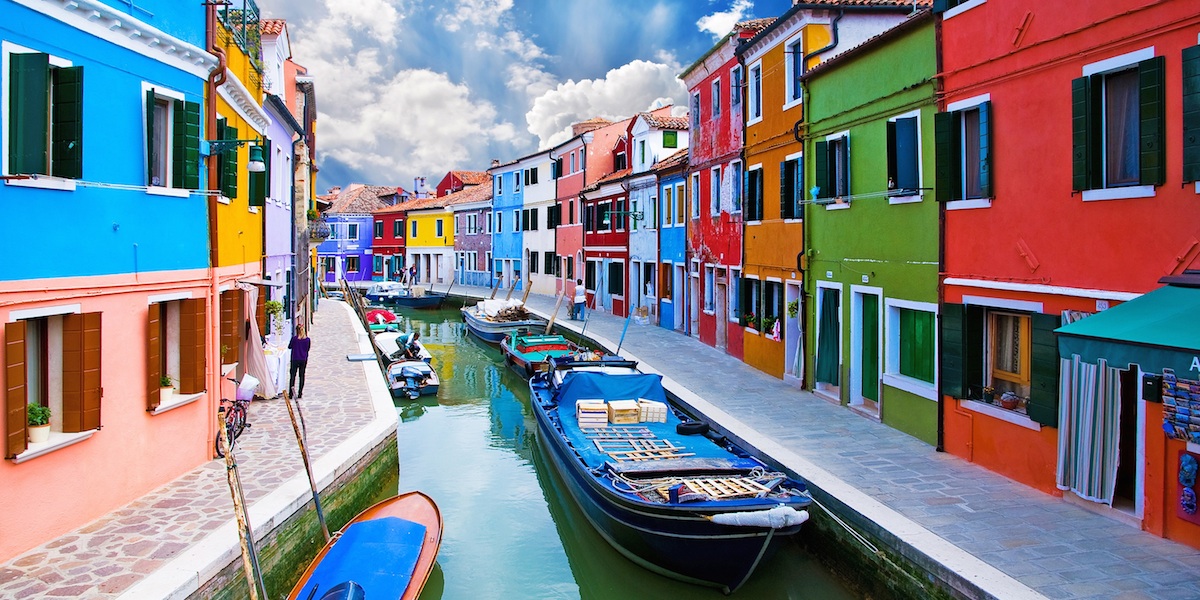 What to see in Murano & Burano

Also known as the church of Santi Maria e Donato, is a majestic religious building in the Romanesque style. It has outside lodges with arch and white columns that contrast with the red color of the bricks. The bell tower, with square plan, is characterized by a belfry with triple lancets. Inside, the basilica has a mosaic floor made from pieces of marble and polychrome glass paste.

The building, which was once the palace of the bishops of Torcello, presents gothic elements like the windows of the facade in the courtyard and the column located in the lobby. The ancient splendor of the building is visible in the ceiling of the central hall: this lavish room, which overlooks the Canal Grande of Murano, in fact preserves an eighteenth-century fresco in which it is represented the first patriarch of Venice, ancestor of the family who took care of the rearrangement of the stable. The museum's collections include works ranging from the fifteenth to the twentieth century. On the inside, also holds exhibitions, events and activities such as guided tours and workshops. A very interesting initiative is one that includes, along with the visit, a demonstration of glass manufacturing during which it is screened a documentary on the history of glass.

The complex is from the Renaissance period and presents itself externally with red bricks that cover the whole building. Inside the church are preserved some very important works of Paolo Veronese, Jacopo and Domenico Tintoretto.

The present structure completely made of marble and decorated with two reliefs depicting the Virgin Mary, dates back to the thirties. A first version, in fact, was built in 1912, when the need to indicate the coastal zone to the vessels result in the construction of an appropriate facility: on a high iron trellis, hoisted on stilts, was placed a lamp that each evening was lit by the keeper. Nearby, the view is particularly striking because embraces a large part of the lagoon. Near the lighthouse, you can access the boarding for the islands of Burano and Mazzorbo, as well as for Venice.

The entrance is on the side of the church because the building has no front entrance. In the vast atrium which you cross to enter the basilica there is a statue of the Virgin Mary, while inside the church, are kept the statues of Sant’Albano and San Martino. Lombard Baroque-style interior includes neoclassical pillars with Corinthian capitals and the floor is made of red and white square stones.

The building dates back to the seventeenth century and presents Renaissance and Neoclassical style shapes. Due to a collapse, the tower has taken on the characteristic slope that made him unique. The iron cross placed on the top of the tower was replaced instead of an angel collapsed in 1867. The best position to watch the crooked bell tower is the bridge of Terranova.

The venue is the one of the Burano Lace School founded by Countess Adriana Marcello in 1872, to make improvements to the island economy through the recovery of tradition. The space gives the visitor the opportunity to observe the products of an art with a long tradition of craftsmanship, but also the techniques of lacemaking thanks to the presence of lace makers who, in the morning, perform their work within the museum.