Get inspired
Explore
Tickets and tours 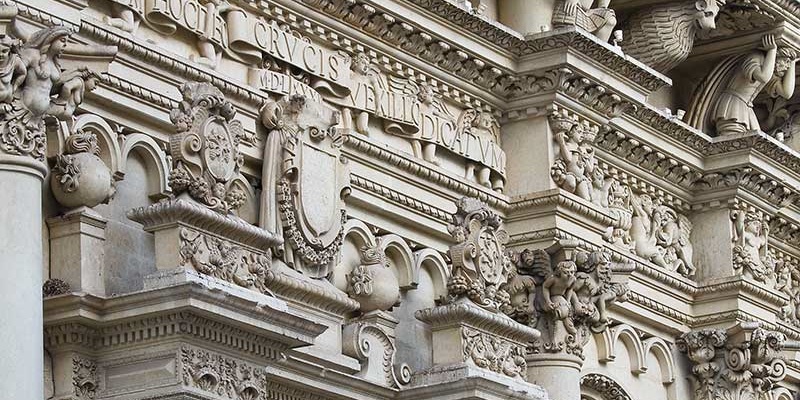 The Lecce's Baroque is a form of art and architecture that developed between the end of the sixteenth century and the first half of the eighteenth century, especially in Lecce and in the region of Salento; it can be recognized by its gaudy decorations that characterize the building envelope. The style, influenced by the Spanish Plateresque, spread in Salento from mid-seventeenth century thanks to the work of local architects Giuseppe Zimbalo (1617-1710) and Giuseppe Cino (1644-1722).