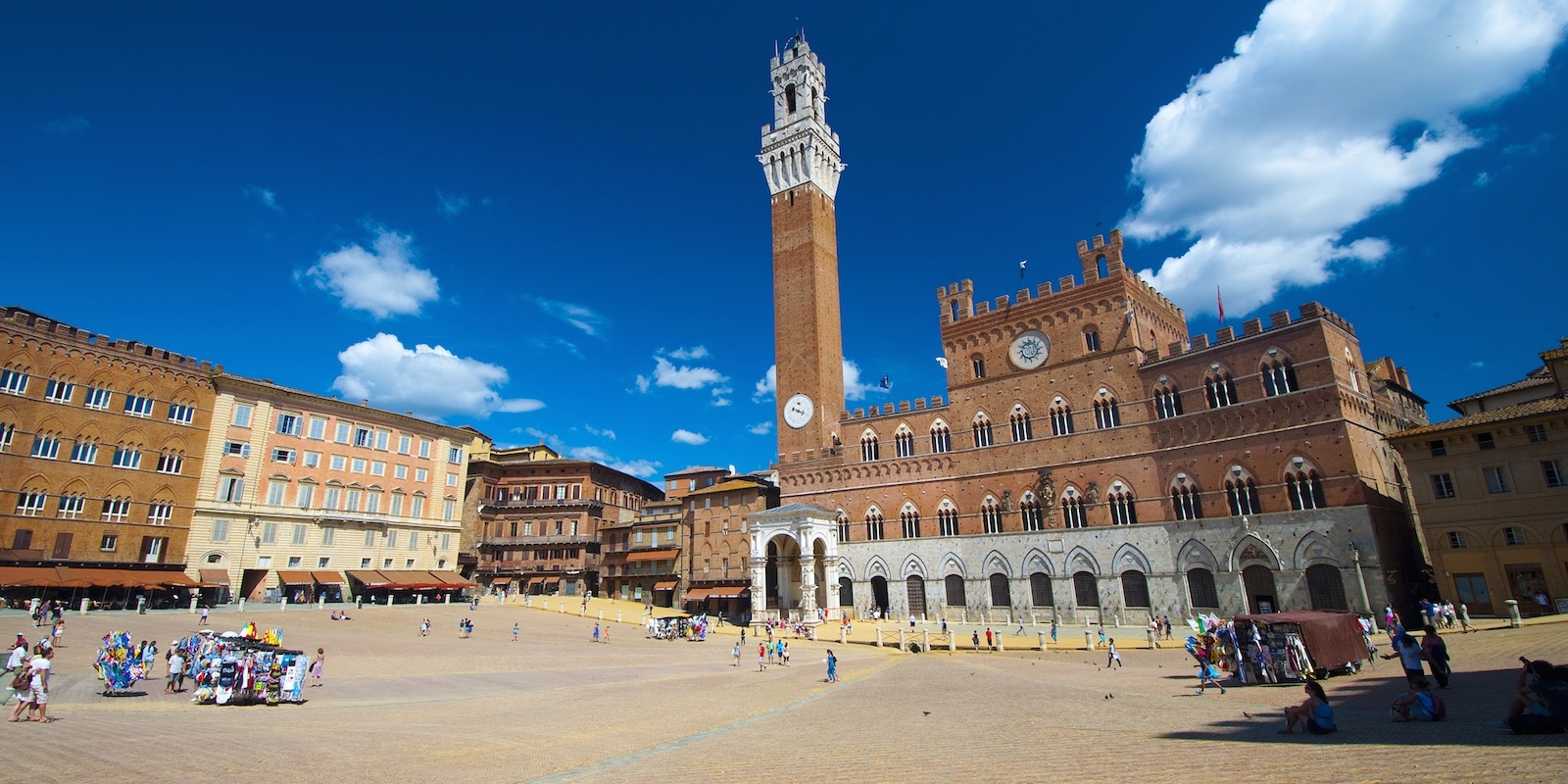 Create your guide     ▶
Get inspired
Siena Must See Attractions 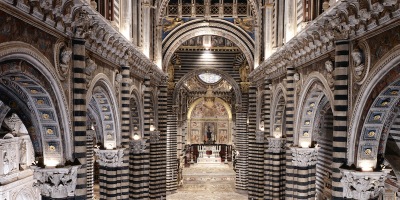 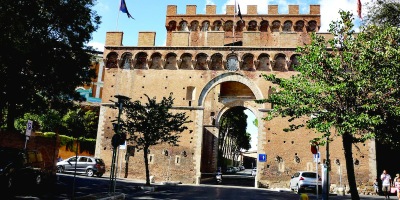 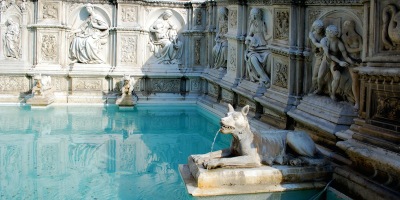 Sweetness by night in Siena 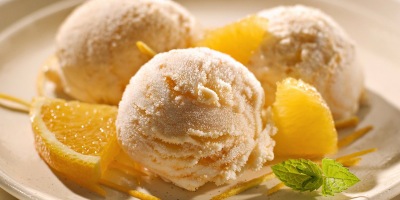 Medieval jewel in the heart of Tuscany, among the Crete Senesi, the Chianti hills and valleys of the rivers Arbia, Merse and Elsa, Siena is one of the most important Italian art cities.
Located on the ancient Via Francigena and surrounded by charming hills full of olive groves and vineyards, it is the ideal destination for those who love art and culture, but also natural beauty and good food.

Siena is known for the artistic heritage preserved in its historical city center and for the living tradition of the Palio, which creates a unique atmosphere in the days of the historic horse race, taking place each year on July 2 and August 16 in Piazza del Campo.

Of Etruscan origin, Siena became a Roman colony with the name of Sena Julia and had the utmost importance in the Middle Ages, first under the Longobards and then under the Carolingian domination. After a long period of episcopal dominion (9th-11th century), the city reached its peak of power after becoming a municipality (1147), by adopting a policy of expansion towards the bordering territories. Confrontation with Florence was inevitable and the struggle lasted, with various vicissitudes, until 1555, when after a long siege, Siena was conquered by the Florentines, losing its autonomy and becoming part of the Granducato di Toscana, sharing its fortunes until the unification of Italy (1861).

Home to one of the oldest universities in Europe, Siena is still an international center of culture: in addition to the University is home to prestigious institutions such as the Chigi Music Academy, the University for Foreigners, the Academy of Fisiocritici and that of Intronati.

Extraordinary is the culinary tradition of the lands of Siena, characterized by the "poor" cuisine of the past, but also by culinary excellences as Chianina beef, pici (handmade fresh pasta topped with dense sauces), ribollita (peasant soup often accompanied by croutons) and sweets such as panforte and ricciarelli.

Siena is finally known as a land of wines, among which the best known are Chianti, Brunello di Montalcino and Montepulciano.
Attractions 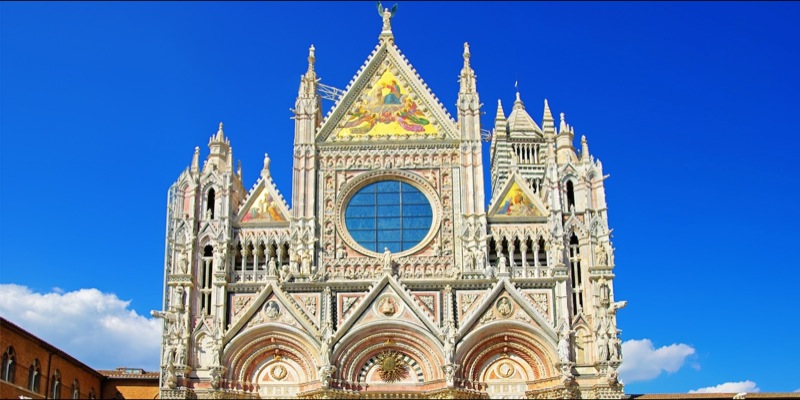 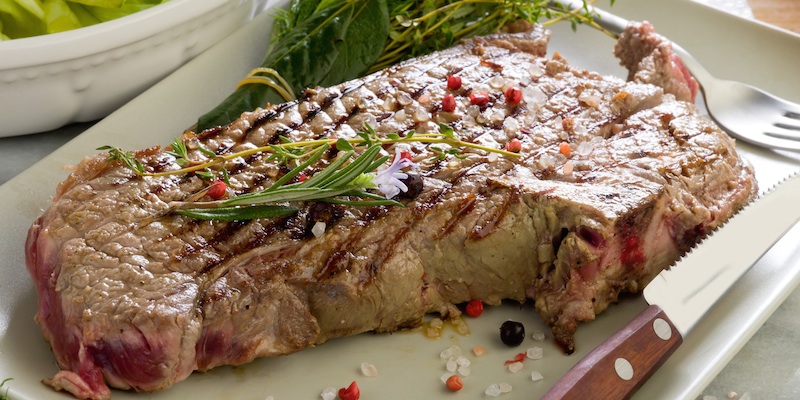 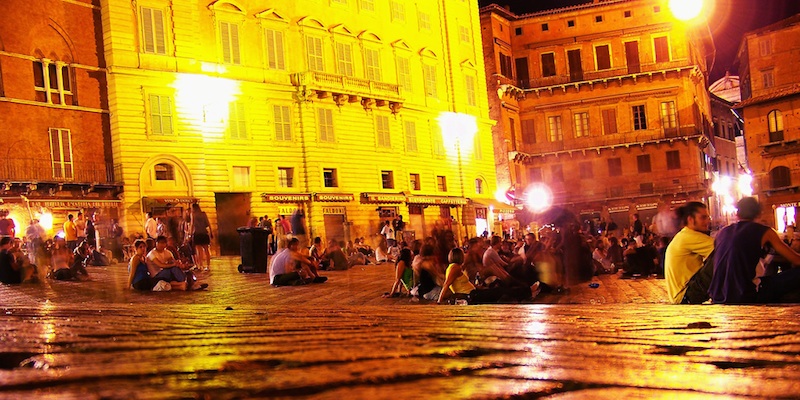 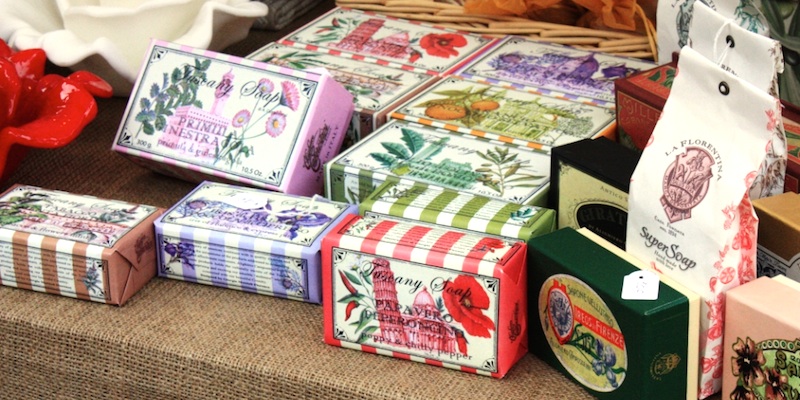 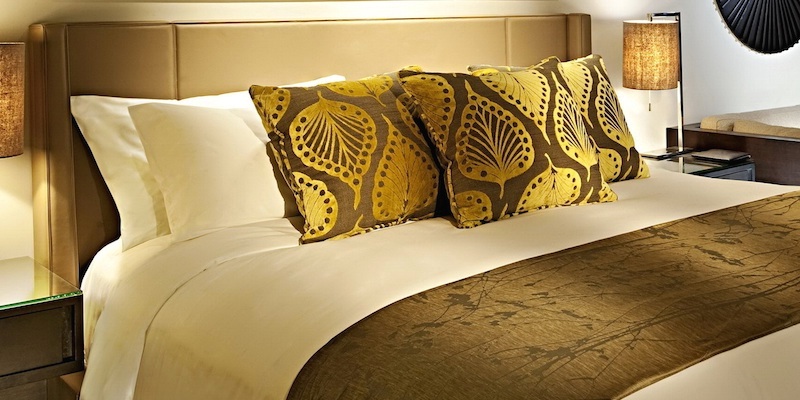 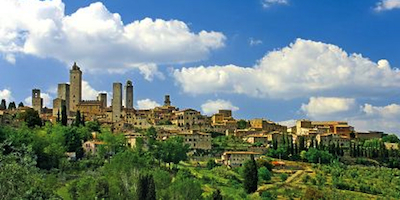 GETTING AROUND IN Siena

The main monuments and artistic sites of Siena are located in the city center, which is fully pedestrian. The best way to visit it is therefore by walking or using  the public mini-buses called "Pollicino".

The old town is a limited traffic zone (ZTL) so you need to leave your car in one of the parking areas (however not too far from the center) at an average price of € 1.60/h. The cheapest car park is near the train station, while the free ones are a bit distant, near the cemetery and the hospital.
Inside the old town the use of bicycles, even electric, is however allowed.

Public transportation is managed by the TIEMME: a single trip ticket for 1h costs 1.20 euro (more if purchased on board). If you plan many shifts, purchase a daily ticket for the price of 4.80 euro.


The train station is about two kilometers from the center, but it is served by an extensive network of local buses. There is also a night bus service operating from 9 p.m. onwards.