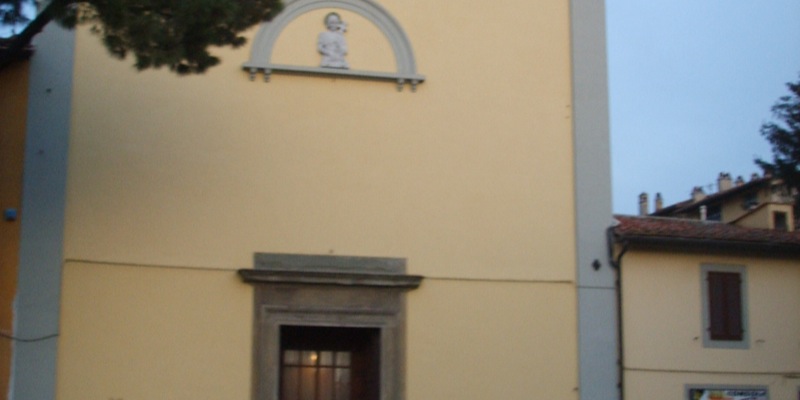 Convent Church of San Torpè
1 local person suggests it The Church and adjacent convent, belonging to the Frati Umiliati, were founded between 1254 and 1278. In 1584 the construction passed to the Friars of S. Francesco di Paola, who conducted it until suppression in 1784. Later (until 1808), the property belonged to Vallombrosans and finally to Carthusians. After 1816 the building was handed to Carmelites.

The plastered front with pitched roof is decorated with a lunette in sandstone containing a bust of S. Torpè, carved by the contemporary sculptor Antonio Fascetti.
On the inside of the façade there is a choir gallery and organ while there are carved stone altars and four confessionals against the walls (17th century) with above, paintings on canvas by an unknown artist depicting St. Simone Stock and St. Teresa (left wall) and St.John of the Cross and St. Andrea Corsini (right wall). 17th century altars in grey sandstone adorn the walls.

The main altar, in Carrara marble (1619), is by Giuseppe Zucchetti. There is a precious silver reliquiary in the shape of a bust, containing the head of Saint Torpè, in a glass case, donated in 1667 by the Lanfranchi brothers.
There are more rich furnishings in the chorus, with three paintings from the early 17th century showing The Conversion of St Giovanni Gualberto, the Madonna and Child with Saints Torpè, Anna and angels and a Madonna and Child with Saints James and Philip. Two altars against the right wall, one dedicated to St. Francis of Paola and the other to St. Charles Borromeo, are surmounted by paintings of The Madonna in glory between St John of the Cross and St. Teresa (1820 ca.) by Domenico Nani from Udine and The Saint and episodes from his life by Giovanni Stefano Maruscelli (after 1631).


Are you a local? What do you think about Convent Church of San Torpè? Login to suggest it!

ADDRESS: Via Fedeli, Pisa
YOU MAY ALSO BE INTERESTED IN...
Nero Baths