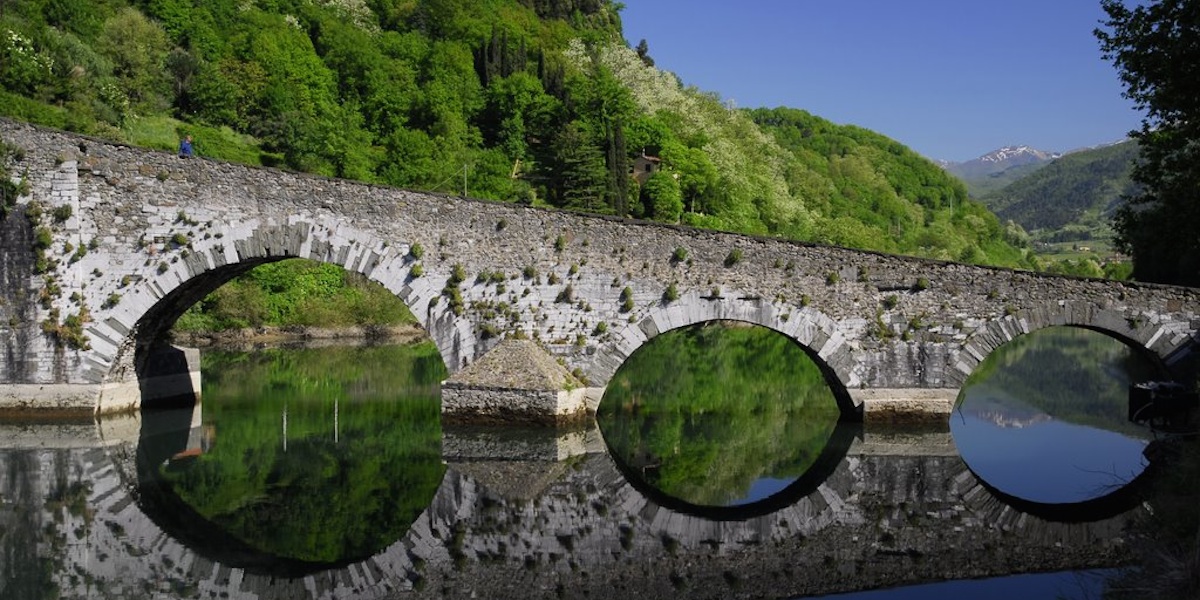 What to see in Garfagnana

Castelnuovo, today the "capital" of the valley, since medieval times is an important transit center between Versilia, the Apuan Alps, the Apennines and the plain of Lucca.
Under the domain of the Este since 1430, had among others as governor Ludovico Ariosto (1522-1525), hence the name of the fortress that dominates the city center and that now houses the Archaeological Museum. Even today, the streets of the village retain the uniqueness of craft shops and of resales of the tasty delicacies of the Garfagnana, including spelt, cereal that has always been cultivated in the valley and that is now revived in many variations and recipes, especially in combination with mushrooms “porcini” picked in the woods of the area. Among the monuments that are worth a visit, the sixteenth-century Cathedral of SS. Pietro (Peter) and Paolo (Paul), based on an existing installation of the eleventh century, and the seventeenth-century convent of San Giuseppe (St. Joseph).
Immediately above the village, a few minutes by car, worth a visit the impressive Este fortress of Mont'Alfonso, recently the subject of archaeological investigation and of a large restoration project that has allowed the enhancement with the creation of an inn, a guesthouse and a conference area. In summer it is suggestive to attend the shows and concerts that are held on the ramparts within the walls.

The Grotta del Vento (Cave of Wind) is one of the most famous caves of the Apuan Alps. The variety of karst formations make this site particularly appealing immersing the visitors into beautiful paths between stalactites and stalagmites, streams, ponds, etc...Inside have been equipped three tour routes that vary in length and duration.
You can choose between a path of approximately 1 hour (800m) where you can admire the various concretions, a second route that includes the phenomena of active cave (2 hours - 1500 m) and a third journey of 3 hours (2200 m, 1195 steps) up to the ascent of the vertical wells.

Maybe the most famous of the fortresses of the Garfagnana, Verrucole stretches impressive on the hill above the village of San Romano dominating much of the valley. Impressive and still well preserved, the fortress was first stately home and then seat of the Curia in communal age, after was military garrison in defense of the two cones located at the ends of the ridge.
The works carried out by the Este family in the second half of the fifteenth century, led to the transformation of the fortress in the plant as it appears today with with mighty fortress walls, two bastions and an underground bunker accessible through a tunnel still viable . Inside the tower there is a museum route housed about the fortifications.

The Apuan Alps are a must-see for all lovers of the mountain that here can find the landscapes and the formations of the true alpine complexes. The chain of mountains that divides Versilia from the Garfagnana, is a unique example of rare beauty.
There are numerous trails of varying length and difficulty starting from both sides and are walkable on foot, on horseback or by mountain bike. Going up to the higher peaks (the highest is Mount Pisanino 1947m ) you switch from typical Mediterranean vegetation to forests of chestnut and beech, rocky walls, concretions and marble quarries, pinnacles and Dolomite pinnacles. The landscape is among the most exciting.
From the peaks as the Pania della Croce (1858 m), Mount Prana and Matanna you can simultaneously enjoy on one side the green Garfagnana valley and the peaks of the Apennines, on the other the sea of Versilia. Among the most popular shows is worth seeing that of the sun crossing the rocky arch of Mount Forato at the dawn of the summer solstice. There are numerous camps and lodges where you can eat and stay (it is recommended a consultation of the site of the park of the Apuan Alps).
For the less experienced it is recommended the tour of the Anello di Orto di Donna that, starting from the path CAI 180 at the Foce di Giovo (near the shelter Donegani) continues on the paths 179 and 178 returning to the starting point in a walking tour of about four hours and half not too demanding, a large part of the route is mid coast and through beautiful meadows and crosses through beautiful fields apparently flat.
For those who want to try something harder, is not to be missed the tour of the Pania Secca and Pania della Croce, along the paths CAI 7 starting from Piglionico and passing through shelters Rossi and Del Freo and taking the CAI 9 to return to the point of departure (calculated about 6 hours at a good pace), the experts can start in the middle of the night and go to see the show of the sunrise on the peak of Pania della Croce, a wonderful show that rewards for the strenuous climb.

State Natural Reserve, Orecchiella Park covers an area of over 52 sq km in the Apennine side of Garfagnana.
The park alternates vast grasslands to dense forests of chestnuts, oaks, beeches. For the particular floristic presence dyeing of bright colors the fields at high altitude, it is considered a real Botanical Garden: here you can admire anemones, orchids, wild peonies, gentians, primroses, etc...
The park is well equipped to accommodate and host the visitors with numerous possibilities for accommodation (camping area, camper parking, shelters, apartments) and catering, guided visits and walking trails, horseback riding or mountain biking (rent on site), to the discover of the many animal species that here live protected. It will be a discovery to find the wild sheeps, the deers, roe deer and bears! The visitor center also houses a naturalistic museum, a library and an educational workshop.

Main center of the mid Valley of Serchio between Lucchesia and the Garfagnana, Barga is a typical medieval village surrounded by the walls of the castle of the XIV century, modification and extension of the oldest fortress of probable Lombard origins. The cathedral of San Cristoforo (St. Christopher), on a first plant already mentioned in the tenth century, retains precious decorative elements ranging from Romanesque to Gothic.
Worth a visit the Praetorian Palace too, built in the XIV century, was the seat of the mayors sent by the Signoria of Florence and now houses the Civic Museum of the territory of Barga. In contemporary times, Barga was adopted homeland for the poet Giovanni Pascoli of whom remains open the museum House Pascoli. In summer as in winter, the village is full of events, shows and festivals, among the most famous is the Barga Jazz Festival, an international event that takes place in the month of August and the Halloween party where the village is invaded by witches and wizards in an atmosphere of mystery.