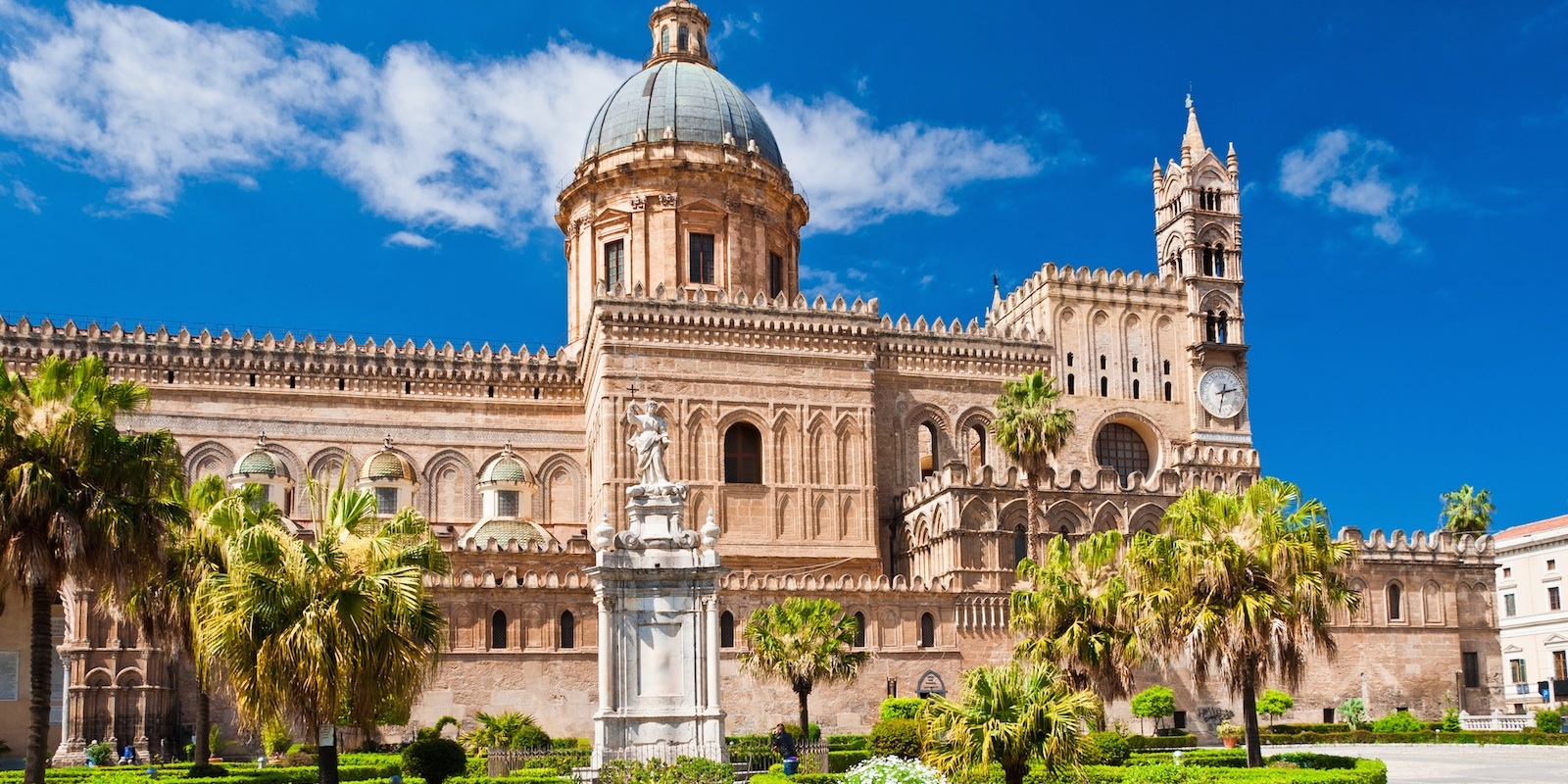 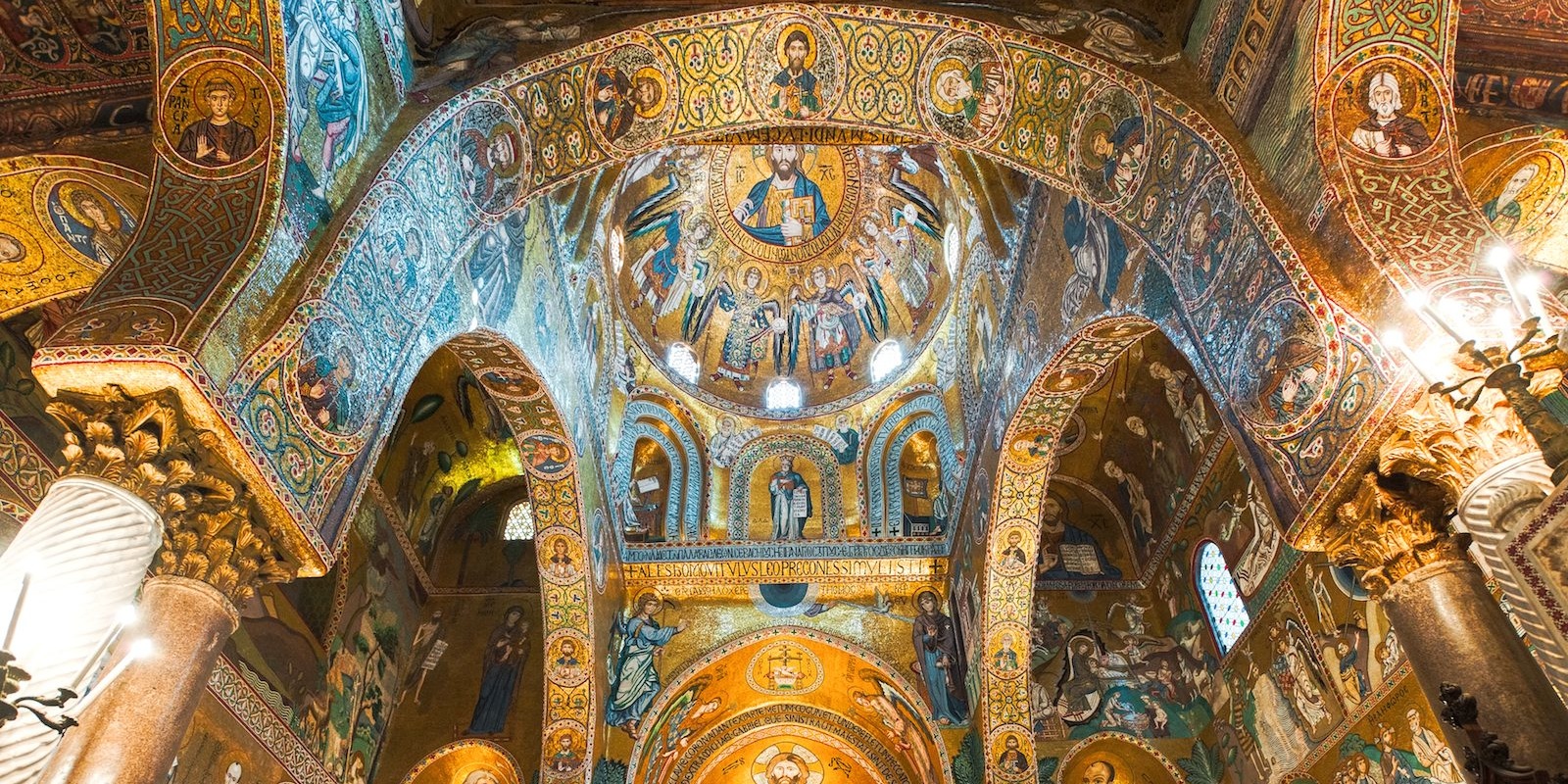 The city is truly a site to see, especially the polychromatic marble of its buildings, its Arab-style domes, its vibrant and colorful Vucciria market and the  Kalsa Quarter, and its verdant settings, particularly the Parco della Favorita, Villa Giulia and the Garibaldi Gardens.

In Palermo's historic center, splendid monuments testify to its illustrious past, examples of which are the Palazzo dei Normanni, with the Palatina Chapel featuring ancient mosaics. The Church of San Giovanni degli Eremiti is surmounted by five red domes; meanwhile, the majestic Cathedral contains works of art, and in particular, the “Royal and Imperial Tombs.”

Finally, visitors will want to see these public buildings: the Zisa, a magnificent Arab-Norman construction; Palazzo Chiaromonte or Steri, a splendid example of 1300s Sicilian architecture; and the Neoclassical Teatro Massimo.

Another spot to add to the itinerary is Monreale, located in a panoramic position with respect to the Conca D’Oro, just a few miles from Palermo.
Monreale is one of the most renowned touristic spots of Sicily and all of Italy for its artistic legacy, represented by the Cathedral of Santa Maria la Nuova. One of the most exquisite exemplars of Norman architecture, its interior is elaborately adorned.

The small town of Bagheria, surrounded by rich vegetation, is known for the presence of several 18th-Century noble villas, especially the luxurious Villa Valguarnera and the picturesque Villa Palagonia, also called “Villa of Monsters,” due to its many sculptures in the form of monstrous characters.
Villa Cattolica, seat of the Guttuso Museum, is known for its works of art by the contemporary artist of the same name, a native of Bagheria.

The area of San Cipirello also hosts the archaeological site known as the settlement of Monte Jato: one of the most ancient cities of the island, visitors can identify the city's various development phases through the ages. Admire the superb ruins of the Temple of Aphrodite with its altar, the grand theatre and the remains of the so-called Peristilium House.

Cefalù is an equally-fantastic, offering a oft-frequented beach resort, and the fine artistic legacy of its Duomo, which dates to Norman times. Here the Mandralisca Museum boasts a wealth of art and archaeology in its collections. The surrounding territory also possesses numerous archaeological findings. On the cliffs above town are the remnants of an ancient sanctuary and numerous remains of archaic fortifications are scattered near the coast. Close to Santa Flavia, along a rocky slope, one can admire the ruins of the ancient city of Solunto, a very interesting site due to its unusual position and the richness of its archaeological treasures.

The Isle of Ustica is a renowned touristic spot, due to its impressive coastal caves, its thick vegetation and picturesque town center.
Attractions 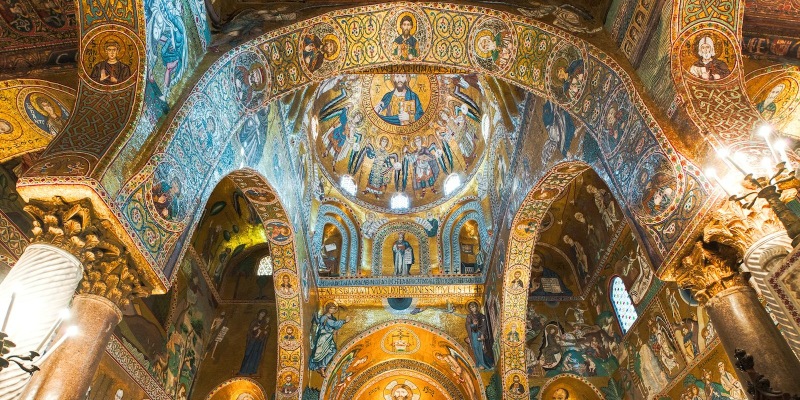 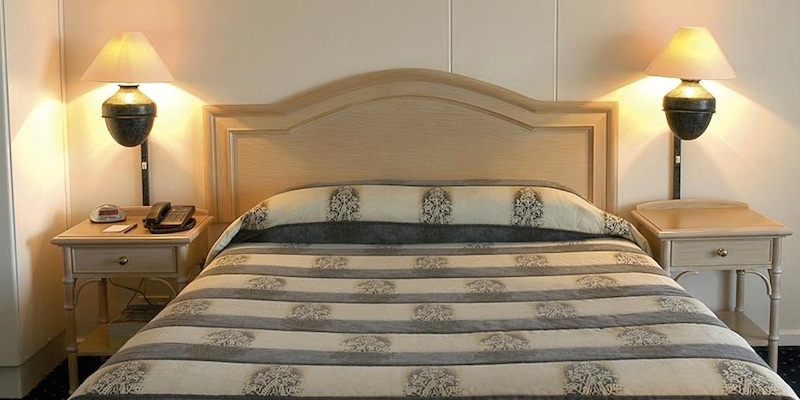