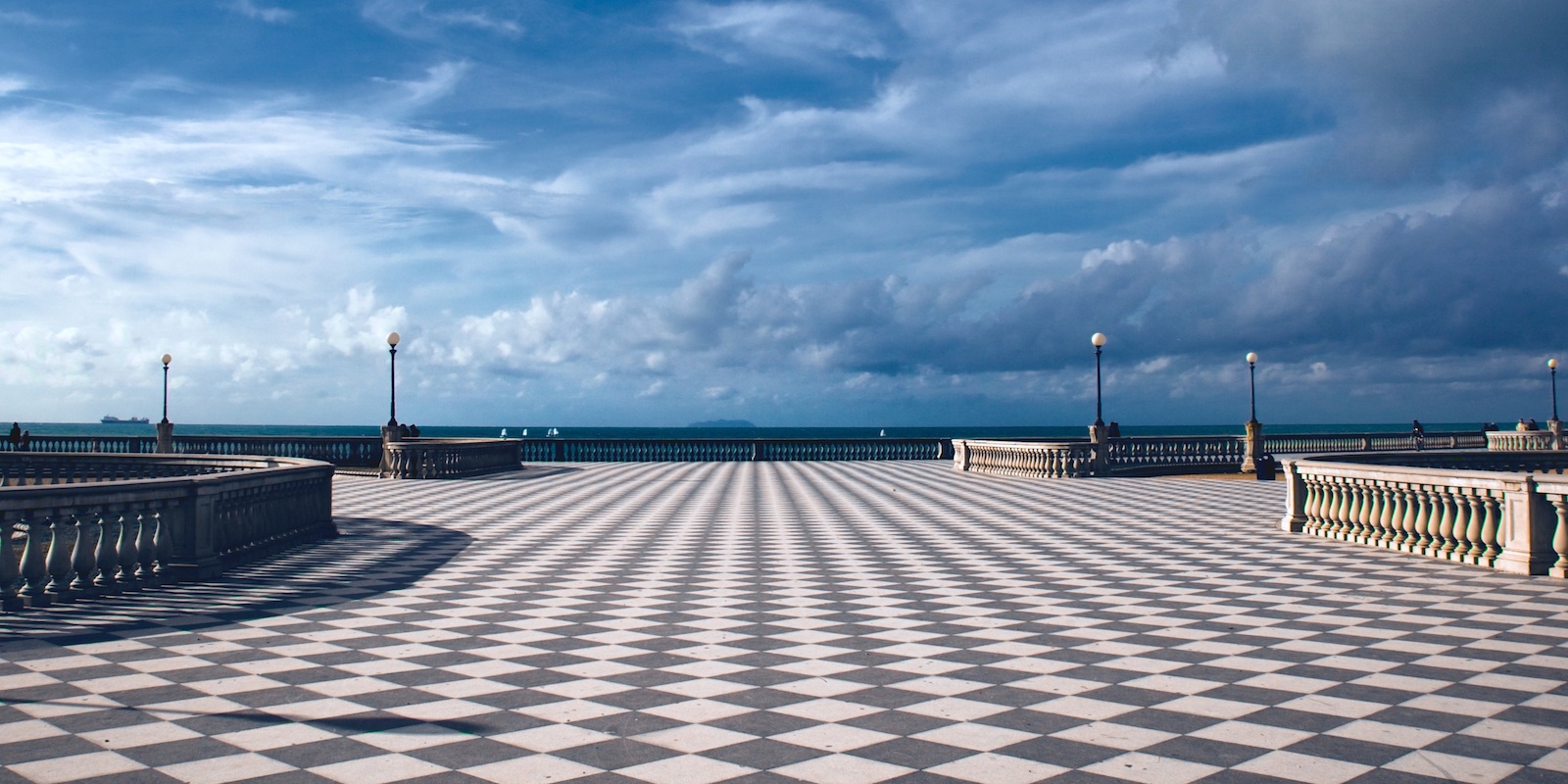 One of the most important ports in Italy and home to the Italian Naval Academy, the city still preserves the charm and layout conferred upon it by the Medicis in the 16th and 17th Centuries: the pentagonal defensive wall surrounded by navigable moats, the distinctively red-colored fortifications such as the Old Fortress or Fortezza Vecchia, work of Antonio da Sangallo; the Cathedral and the Via Grande portico.
The Venezia Nuova district is also rather charming, built in the 17th Century on the model of the original lagoon city; it includes a dense network of canals with bridges and high buildings, and is home to many fashionable bars and typical restaurants.

The Church of Santa Caterina is of particular artistic importance, while the Sanctuary dedicated to Santa Maria delle Grazie, located not far from Livorno in the village of Montenero, is of great religious significance.
In terms of outstanding architecture, the Cisternone and the Cisternino stand out; these two large reservoirs in the Neoclassical style, by architect Poccianti, are nowadays used as venues for cultural events.
Do not miss the Giovanni Fattori Civic Museum, located in the beautiful Villa Mimbelli, which houses a magnificent collection of Tuscan paintings realized between the 19th and 20th Centuries, and more works by Fattori.

In the neighborhoods an ideal destination for a seaside vacation is the Baratti Gulf, with its picturesque port, crystal clear waters, sandy beach under the shade of cool pinewoods, and the Parco Archeologico (Archaeological Park) with Etruscan necropolises and testimonies to the ironwork of nearby Elba. The Gulf is dominated by the picturesque village of Populonia, perched on the summit of the headland and enclosed by defensive walls and a mighty fortress.
In the heart of the Colline Metallifere, the Parco Archeominerario di San Silvestro preserves evidence of the area's mining activity that harks back to Antiquity. The Park also encompasses the ruins of a Medieval mining village, making it well-worth the time required to visit it. Other places of particular cultural value include Castiglioncello, with a necropolis from the late Roman Republic era, and Cecina, with its interesting Etruscan-Roman museum. The Castagneto Carducci zone is of particular interest, comprised of several villages including Bolgheri, for some time the residence of poet Giosuè Carducci. It is still possible to admire the Oratory of San Guido and tread the path (with its two rows of cypresses) celebrated by the poet in his verses.

A village of great charm and ancient origins is Suvereto, located in a panoramic position in the hills; it boasts a remarkable artistic legacy that spans the construction of its Romanesque Church of San Giusto and the 13th-Century Town Hall, and the Fortress.
A touristic destination par excellence is the Island of Elba, known for its crystal-clear waters and high, rugged coastline opening up into bays and shingle, sand, or rocky beaches.
The island is rich in minerals and has been inhabited since ancient times, as can be seen in the typical villages of Rio Marino and Capoliveri. Most frequented by tourists are the picturesque Porto Azzurro with its grand Fortress and Portoferraio, preserving many reminders of Napoleon, e.g. the places he inhabited: the Palazzine dei Mulini with original furnishings and objects and Villa San Martino, his country residence.
Attractions 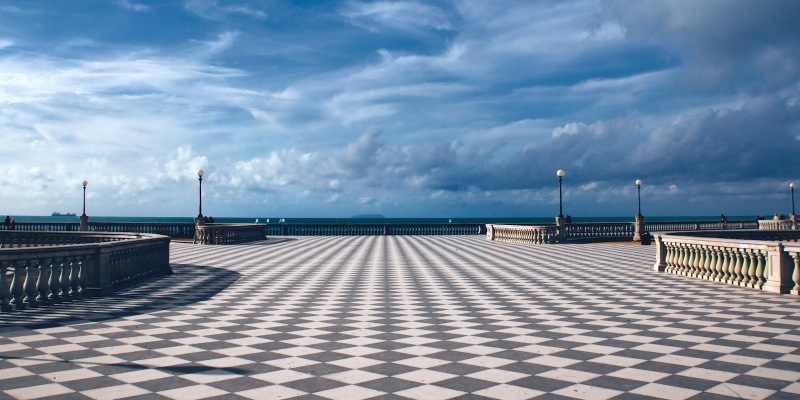 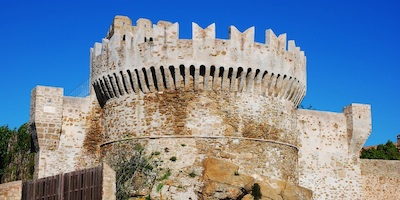