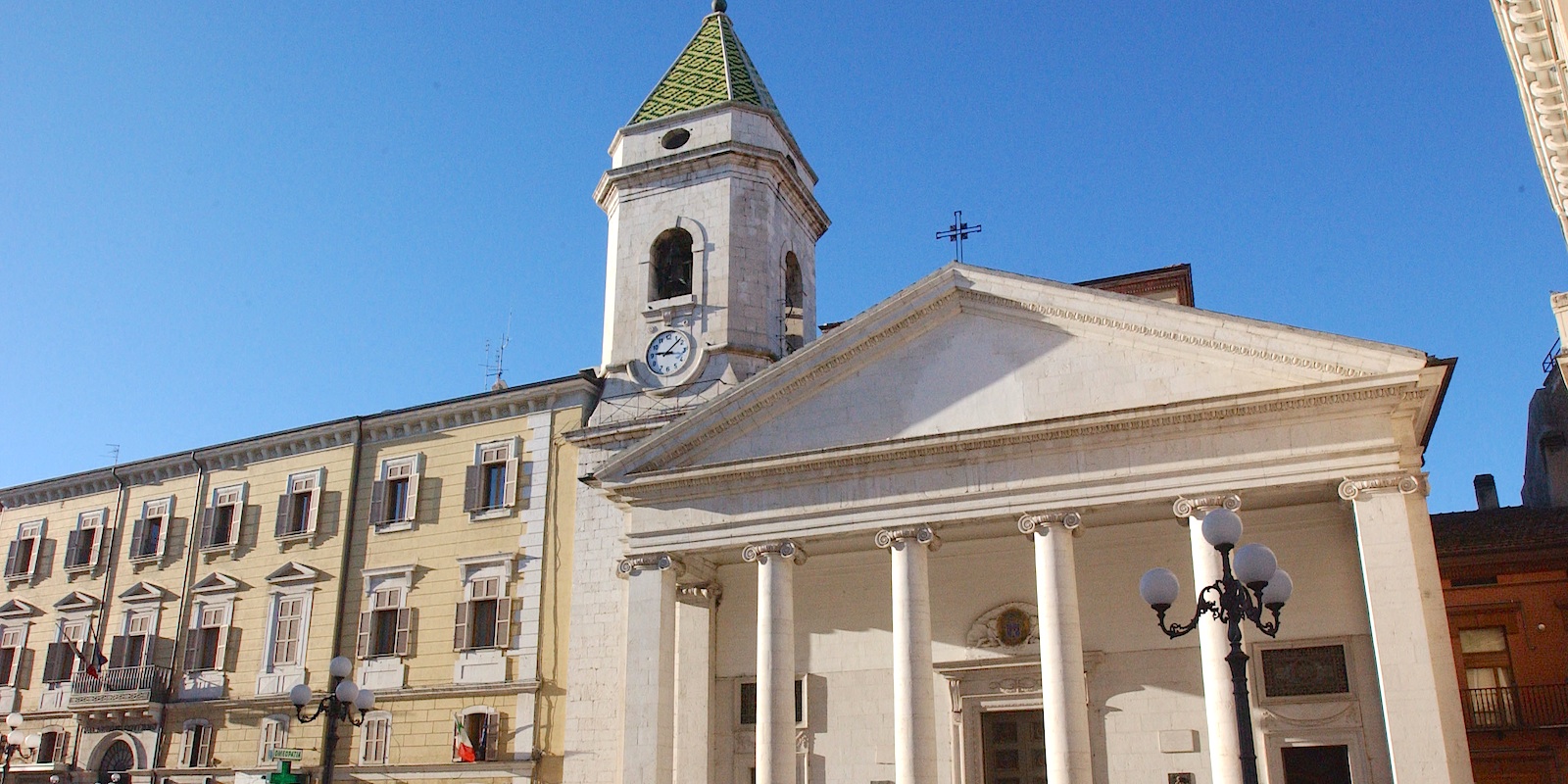 Campobasso lies at an altitude of almost 2,300 ft, on the slopes of the Southern Apennine hills, and offers splendid views of the region’s evocative landscape.

The city itself is replete with monuments, including Castello Manforte, built around 1450 atop the ruins of a Norman construction, on a hill that dominates the city. The Cathedral was first built in 1504 but reconstructed in the neoclassical style in 1805 following its destruction in an earthquake. Among the many churches are the Romanesque Church of San Bartolomeo; the Church of Sant'Antonio Abate, built in 1572 and displaying a late-Renaissance façade and Baroque interior, embellished with paintings and frescoes by 17th-Century artists; the Church of San Leonardo, dating from the 13th Century; and the Church of San Giorgio, a 12th-Century Gothic construction. The town also houses the delightful Museo del Presepe, a museum displaying a fine collection of antique recreations of the Nativity scene, some dating from the 18th Century.

The province preserves a wealth of archaeological relics, such as the Villaggio di Campomarino, a prehistoric settlement. Many burial grounds dot the Campobasso Province, including the necropolis of Termoli, where the remains of 141 graves are preserved; the Tombs of Guglionesi; the Samnite burial grounds of Gildonea; and the Lombard necropolis of Campochiaro, from the High Middle-Ages.

A burial ground and Hellenic tombs are preserved at Larino, a charming village that has been inhabited since the 5th Century B.C. and therefore site of a wealth of monuments from different eras. Especially remarkable are the Hellenistic domus, the Roman amphitheatre, the Baths, the 14th-Century Gothic Cathedral and its adjacent Tower, the Palazzo Comunale (Municipal Building) and the Church of San Francesco.

In the valley of the River Tammaro lie many fortified centers, such as the Samnite settlement of Monte Vairano, another at Cercemaggiore, and the fortifications of Gildone, Vinchiaturo-Mirabello, Duronia and Terravecchia di Sepino. Sepino is one of the most important zones within Molise's tratturi or transhumance trailways. It also boasts the ruins of the ancient Roman city of Saepinum, including the Forum, the Basilica, Porta Bojano, the Baths, the Theatre, the Cardo and Decumanus, the walls, and its majestic gateway.