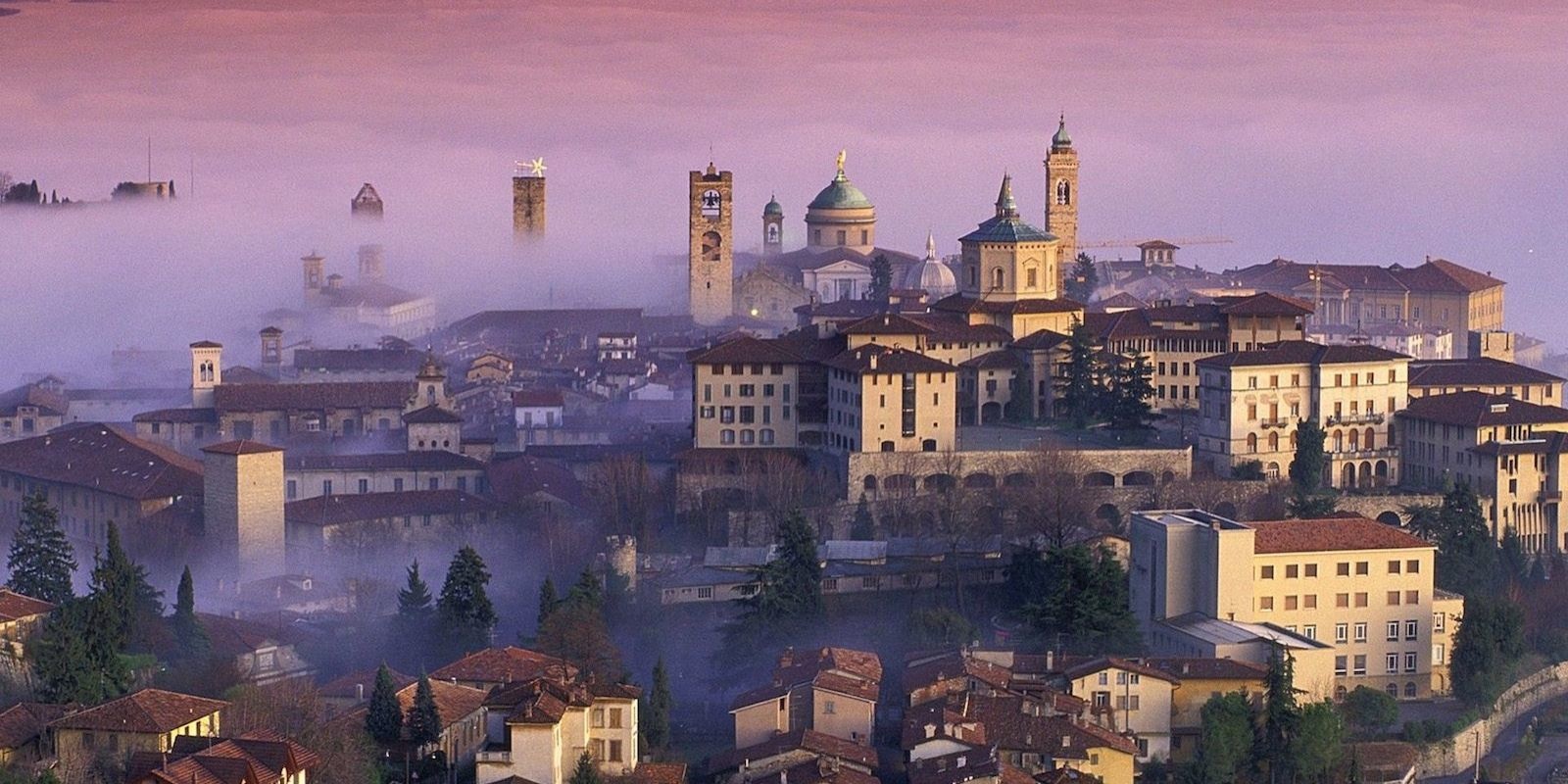 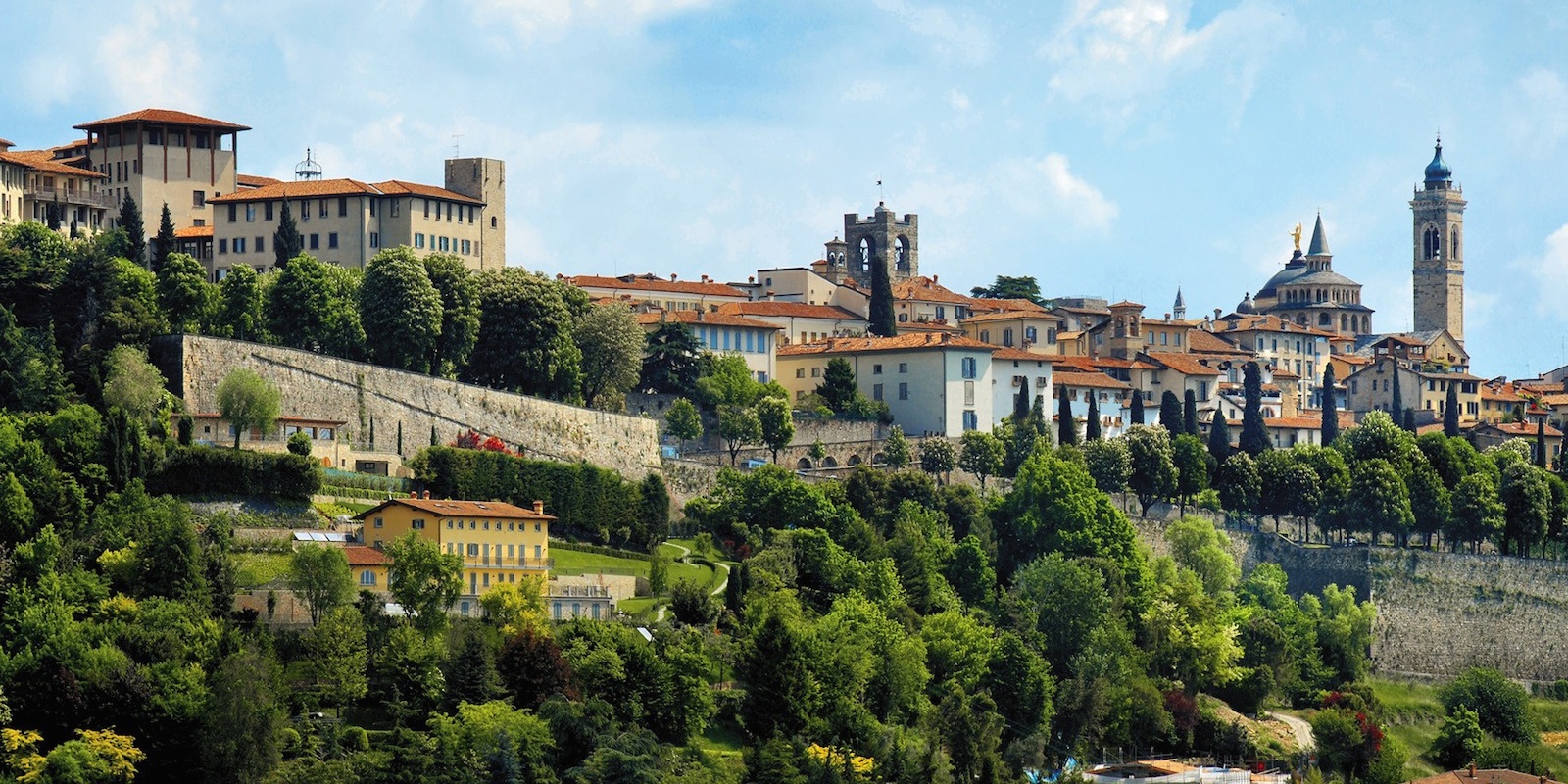 The streets of Bergamo, surrounded by city walls and nestled on a hill, retain the look of a Medieval village, enclosed by its strong walls built by the Venetians in the 16th Century when the the most Serene Republic was at the height of its power; more than three centuries of prosperity and economic development have left their mark in the monuments, institutions and the character of its people.
Testaments to this period are the well-preserved palaces, churches and public squares, such as the group of buildings comprising the Duomo, the Colleoni Chapel and the Baptistery, just to mention a few, along with Piazza Vecchia (the old public square) and Palazzo della Ragione.

The Accademia Carrara, one of the most important art galleries in all of Italy, must not be missed, along with Teatro Donizetti, dedicated to the most illustrious citizen of Bergamo, Gaetano Donizetti, and where famous works are performed.
Elsewhere in Bergamo Province, the Medieval architecture alternates with more recent architecture of outstanding artistic value, such as the Church of San Tomè, a Romanesque jewel dedicated to Saint Almenno Bartolomeo; and the Church of Santa Barbara, that houses an important cycle of frescos by artists the likes of Lorenzo Lotto and Trescore Balneario. The Castle of Cavernago is a powerful defensive structure, converted over the years into noble residences enlivened with frescoes. Many palaces - splendid patrician residences – are also scattered throughout the territory.

Caravaggio is well worth a visit, with its important Marian Sanctuary - dating from 1451 - and Pontida, the location of a Benedictine monastery where the Lombard municipalities met in 1167 to swear to defending their freedom against Federico Barbarossa.
The workers’ town of Crespi d’Adda (founded at the end of 1800) enjoys UNESCO status as a World Heritage Site; it is a small town built around an old, disused factory and homes, built for the factory workers at the time but still in use today. The company town of Crespi d’Adda is considered one of the most complete and best-preserved of its kind in southern Europe; it can be visited with a guide or alone.
Attractions 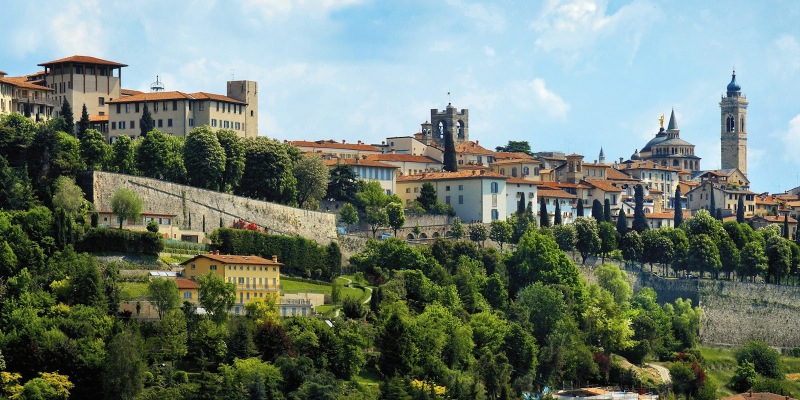 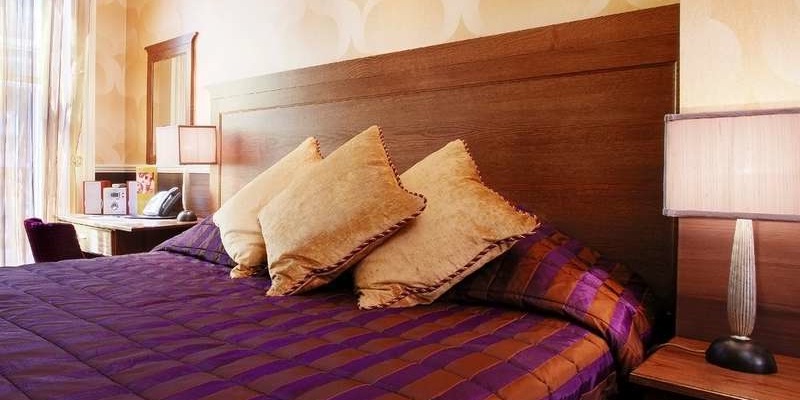 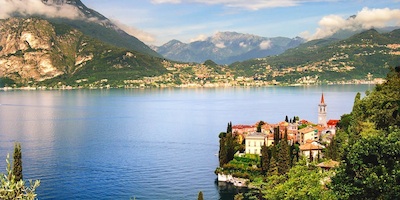