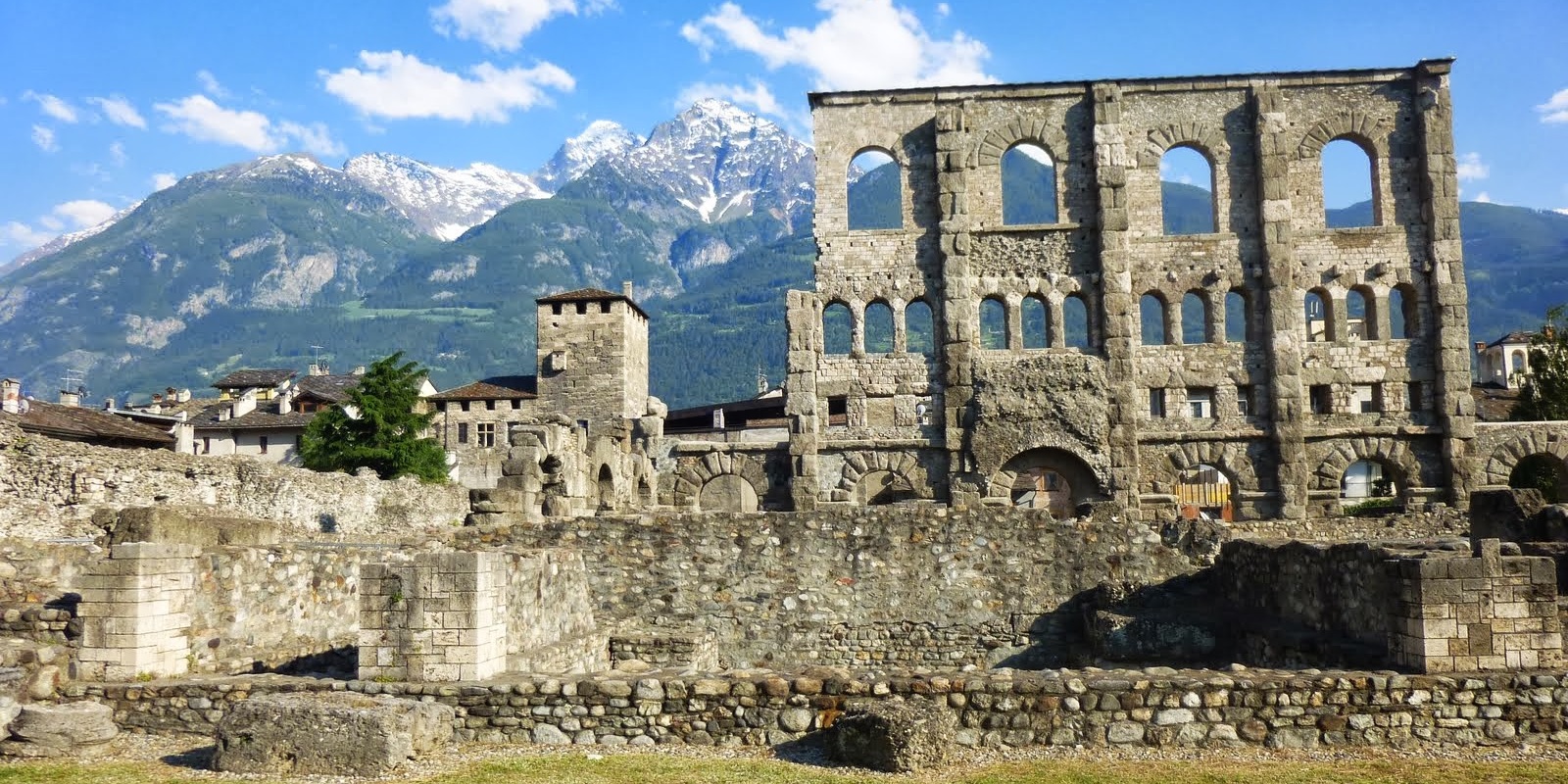 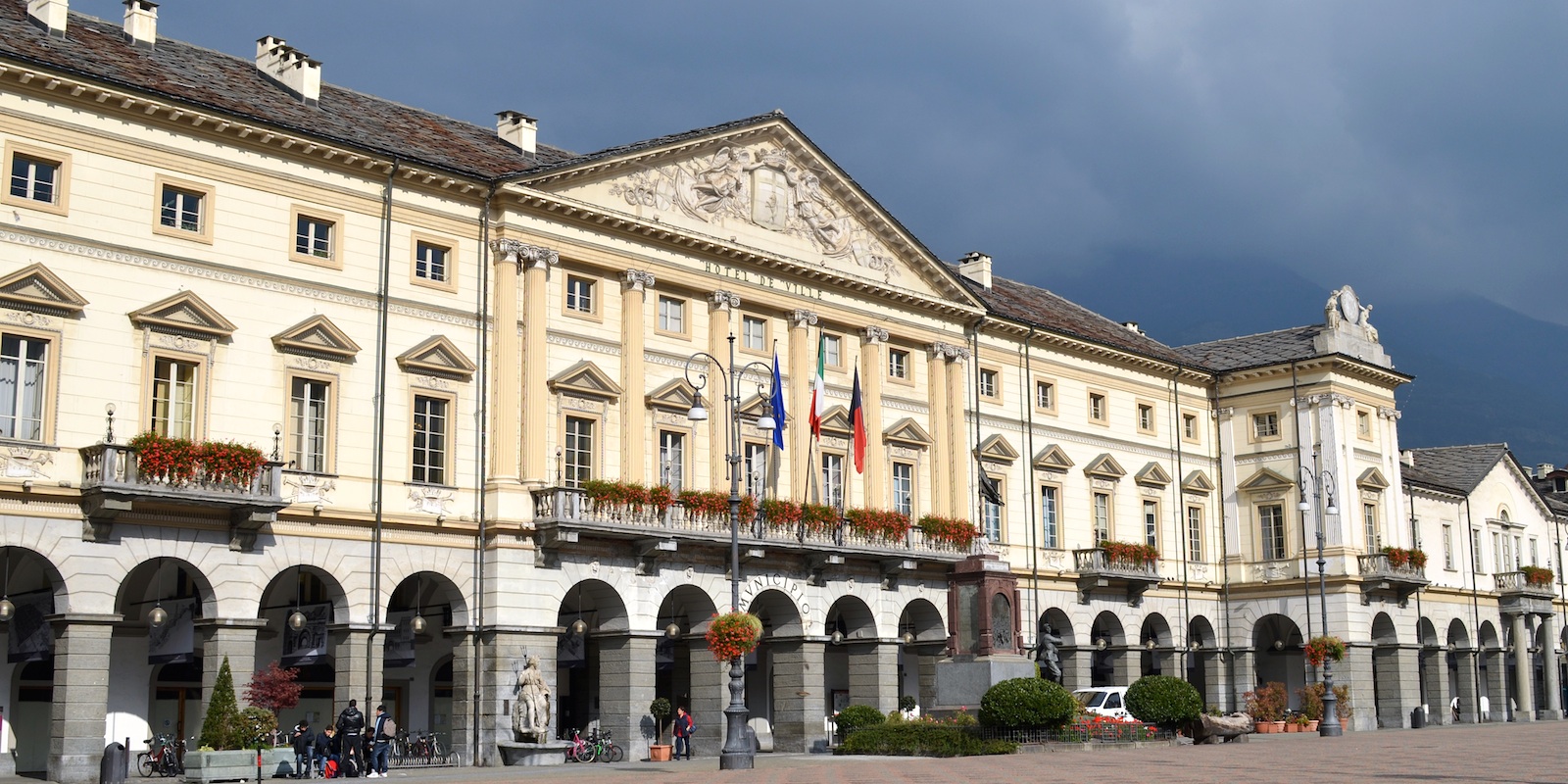 The old name of Aosta, “Augusta Pretoria”, reveals that it was founded by Romans (in 25 B.C.) and the Arch of Augustus, the Porta Praetoria, the theatre, and the town walls are the main monuments of that Roman city that have survived .
There are also remarkable Medieval ruins, such as the Collegiate Church of Saint Orso, a monumental structure that characterizes the city with its decorated Romanesque cloister.
Another remarkable monument is the city’s Cathedral, dedicated to Santa Maria Assunta: it embraces sixteen centuries of history and art that you can visit thanks to the archaeological site below the floor.
Another charming tract is the Pierre Taillée stretch, beyond Runaz, in the direction of the Little St. Bernard Pass. Here the stone has been cut in order to create a passage in the narrow gully, and there are many rather reckless structures spanning the gorge. In Italian this is often referred to as the “Northwest Passage”, and indicates that the province of Aosta has been one of the most important transit points in Europe for centuries.
The Via Francigena path branched off from the trail on the Great St. Bernard Pass, and was even used by Napoleon’s army in May 1800. It was also the route for pilgrims to reach Rome.
The path to the pass starting from the small village of Saint-Rhemy, on foot, by mountain bike, or on horseback -following the Napoleonic road- is charming and is an enchanting excursion, a real trip back in time.
Also on the pass and open to the public are the Chanousia botanical gardens.
On the way to Aosta, it is well worth visiting the various manieri valdostani (country houses), which make the landscape even more evocative.
Attractions 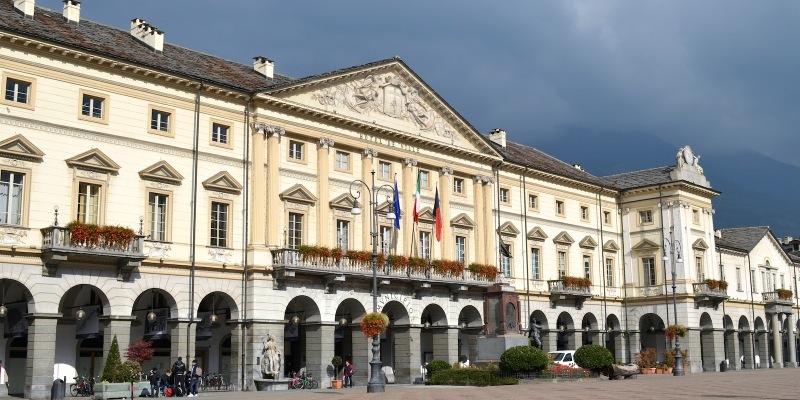 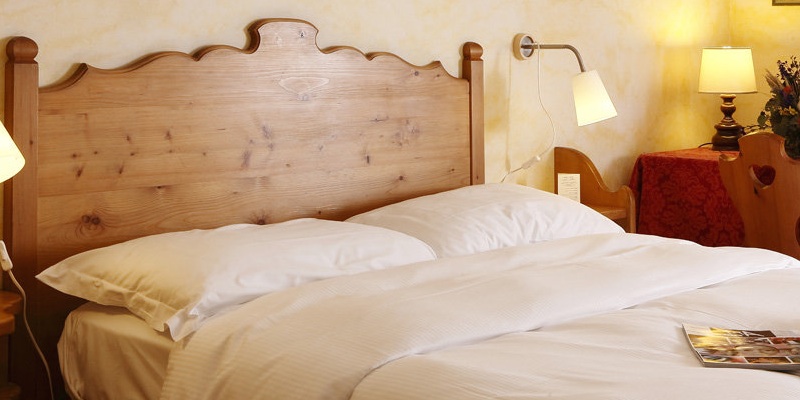